The first program to air on launch night from 6PM was a taped welcome from then Postmaster General, Charles Davidson, a tour of the station then followed.

A look inside the former NBN Television gallery at Mosbri Crescent, photo taken in 2014 during a set of storms which left Newcastle and Sydney homes without power.

As you can see via the auto cue system on screen the script confirms this, I can recall having my first jot coffee in two days here at NBN Studios.

Photo’s taken from the rear of the studio gallery as Paul Lobb presents a news break on air. 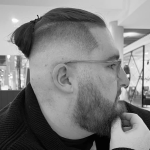 Matt MorrisTechnologyJanuary 20, 2023
It’s been a minute since Steve Jobs announced the iPhone and smartphones became the norm, let’s take a walk down …
END_OF_DOCUMENT_TOKEN_TO_BE_REPLACED

Matt MorrisTechnologyJanuary 21, 2023
A look at the Google Nest Wired Cam and why I think it's the right fit for my studio space, …
END_OF_DOCUMENT_TOKEN_TO_BE_REPLACED

Windows Has A ‘Sandbox,’ for Testing Software, Activate It